Here is a little relation of my installation and summary. In previous article I installed Ubuntu 19 because Ubuntu 18 didn't work properly with Lenovo Thinkpad P53. Let's check Ubuntu 20.04.

I downloaded daily build from:

It didn't work, there was no install option in grub menu. Only manufacturer installation. I choosed to run Ubuntu and it failed:

Next step I downloaded release from:

Standard installation failed :( I had error:

So I choosed to run Ubuntu live and installed from there. During the installation, there was error with downloading nvidia third party drivers. But after reboot Ubuntu works fine, except nvidia drivers. So I updated all with command:

After few hours system works fine. Ubuntu 20.04 have finally fractional scaling out of the box (didn't tested yet).

So feel free to install, but don't use daily build and try to install from Ubuntu live.

There is a new Kernel 5.4, Gnome 3.36.1, theme changes and few performance features.

I was hopping that it will work nice out of the box, but for me it didn't. After switching to 125% on my 4K monitor it switched automatically to 200% (but option 125% was still selected). Few changes and my both monitors went black, good thing that reboot fixed all settings. 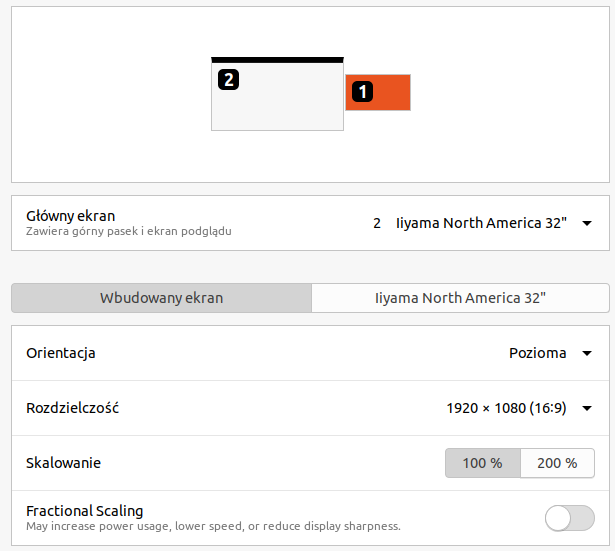 Looks really nice and I think I will use it:

We use cookies on our website to enhance your user experience. We also use Google analytics and ads.